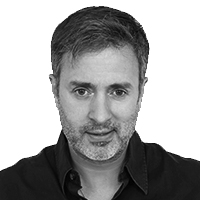 Dr. Stavros Pelekanos received his undergraduate degree in Dentistry (D.D.S.) in 1991 from the University of Athens, Greece. In 1993, he obtained his doctoral degree in Prosthodontics (Dr med dent) from the University of Freiburg (Prof. Dr. J.R. Strub), Germany. Following his professional training, Dr. Pelekanos established a private practice in Athens, oriented towards prosthodontics, implantology and esthetic dentistry.

In 2002, he was appointed full-time Lecturer at the Department of Prosthodontics, Dental School, University of Athens, Greece, and in 2012 Assistant Professor in the same department. Since 2013 he is an active member of the European Academy of Esthetic Dentistry (EAED). His professional affiliations include: The International College of Prosthodontics (ICP), European Prosthodontic Association (EPA), Greek Prosthodontic Association and many others. He is a faculty member of gIDE Institute (Global Institute of Dental Education, Los Angeles, California) and Dental Tribune (CME courses) lecturing internationally and performing hands on courses on implants, aesthetics and restorative procedures.

In 2008 and 2011, Dr. Pelekanos received second and first prize at the scientific award competition of the European Academy of Esthetic Dentistry held in Madrid, Spain and Istanbul, Turkey respectively. To date he has published over twenty articles in peer reviewed journals and 3 chapters in books.