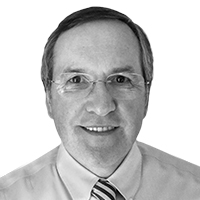 Dr Steven Parker studied dentistry at University College Hospital Medical School, University of London, UK and graduated in 1974. He maintained a Private Practice in Harrogate, UK from 1976-2017 and is Contract Professor (Professore a Contratto) in laser dentistry at the University of Genoa, Italy.
Dr Parker has been involved in the use of lasers in clinical dentistry since 1990. He is closely involved in the provision of education in laser use in dentistry. He served as President of the Academy of Laser Dentistry in 2005-2006.
In 2010, he was appointed Professore a contratto, Department of Surgical Sciences and Integrated Diagnostics at the University of Genoa. He is International Coordinator and Lead Faculty of the Master of Science degree (Livello II) programme in laser dentistry at the University.
In 2017 he was co-Editor in Chief and co-author of the textbook “Lasers in Dentistry – Current Concepts” (Pub. Springer.). He provided editorial overview and chapter authorship to the 2017 book “Atlas of Laser Therapy – State of the Art”, Ed. Benedicenti A, Benedicenti S. Dr Parker has contributed chapters on aspects of laser use in dentistry in several text books and multi-media platforms. Additionally, he has received publication of over 40 peer-reviewed papers on the use of lasers in dentistry, including a series “The Use of Lasers in Dentistry” published in the British Dental Journal in 2007 and later as a textbook.
He was the dental consultant to the UK Medical Health Regulatory Agency (UK Dept. of Health) in the 2008 (Revised 2015) publication "Guidance on the Safe Use of Lasers, Intense Light Source Systems and LEDs in Medical Surgical Dental and Aesthetic Practices”.
He serves as associate-editor of the Journal of Lasers in Medical Science. In addition, he serves as referee for many peer-reviewed dental journals worldwide.