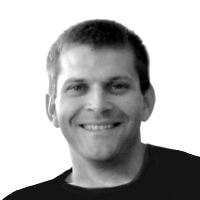 Graduate of the Medical University of Warsaw where in 1999 he received a Diploma in Dentistry, and in 2001, his Medical Doctor’s degree. Specialises in maxillofacial surgery. Graduated from postgraduate studies in Medical Law, Bioethics and Sociology of Medicine at the University of Warsaw. In 2009, he received his title as Doctor of Medical Sciences with distinction. He is active in dental implantology. In 2000–2011, he worked as an Assistant; Assistant Professor at the Clinic of Cranio-Maxillofacial and Oral Surgery and Implantology of the Dentistry Institute of the Medical University of Warsaw, whereas in 2010–2011 he worked as Assistant Professor at the Institute of Fundamental Technology Research of the Polish Academy of Sciences. Since 2001, he has been working as an Assistant and Assistant Professor at the Department of Descriptive and Clinical Anatomy of the Centre of Biostructure at the Medical University of Warsaw, and since 2001 he has been the Senior Assistant at the Institute of Mother and Child in Warsaw. Co-organiser of an International Congress of Dento-Maxillo-Facial Radiology in Krakow in 2001. Member of the Polish Association of Oral and Maxillofacial Surgery, Polish Association of Dental Implantology (OSIS), European Orthodontic Society (EOS), European Association for Cranio-Maxillo-Facial Surgery (EACMFS). He runs his own dental practice since 2001.