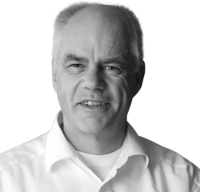 In 1977 graduate Dentistry on the University of Cologne (Germany). He obtained a degree in Oral Surgery from the University of Munich (Germany), where he continued his academic career with the title of Professor which he obtained in 1988. Since 1991, he has been associated with the Johann Wolfgang Goethe University in Frankfurt am Main (Germany), where he has been Director of the Department of Oral Surgery since 1991 and where in 2009 he co-founded one of the most famous and top-level Master of Oral Implantology programs.

Member of the Royal College of Surgeons (Faculty of General Practitioners, London, UK).

In 2011 he received an honorary doctorate from NITTE University in Mangalore (India).