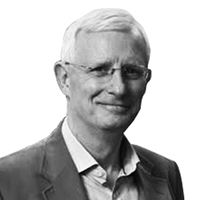 Well known speaker/trainer who has won a number of awards for leadership, education and development. A founder of the College of Public Speaking. Works as Education Director managing all aspects of course delivery and content. He is also one of the UK’s leading speech coaches and has worked with leaders across the spectrum of politics, industry, finance as well as featuring largely in a humanitarian role. In recent years he has delivered sessions for the Civil Service in Mauritius, various programs in Paris, Bangladesh and Asia Foundation. He has assisted the development of the TEDx Storytelling project in Bucharest. He has also been guest speaker at LSE, UCL, KCL and SOAS as well as the University of Malta. He is a regular contributor at St Mungo’s Recovery College.

Vince is always challenging himself to new and greater heights, just as he challenges his students to become the best version of themselves. In recent years, Vince has been the major contributor to the College of Public Speaking’s Diploma in Spoken Communication, a guest judge of the English-Speaking Union’s world student final 2010, and a national speech championship finalist. He is currently working on a world roll out of a speakers’ club model for a $1 billion consultancy in London.